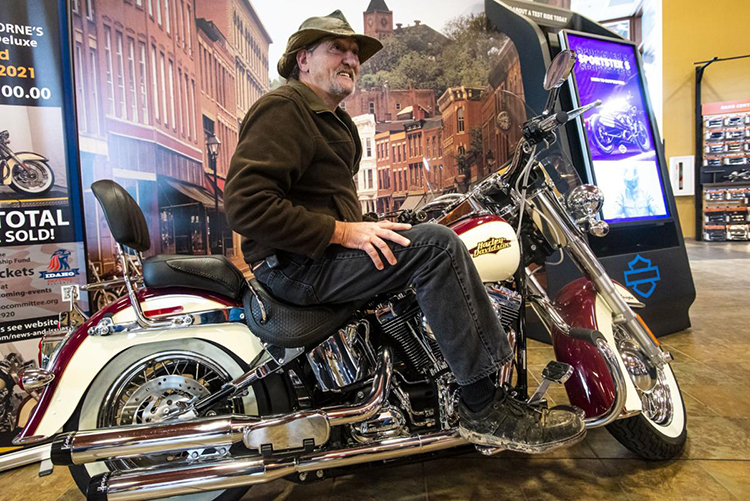 MERIDIAN — Patricia Kempthorne stood in front of the crowd of mostly veterans, spinning a tube filled with raffle tickets. She reached in to pull out the name of the person who would win a motorcycle that belonged to her husband, former Idaho Gov. Dirk Kempthorne.

Steven Nible, a Nampa man whose father and son were in the Navy, won.

“Hey hey! I sold him the ticket,” said an audience member to a round of applause.

Nible walked up to the Harley-Davidson motorcycle and swung his leg over the bike, donated by Kempthorne for a Veterans Day raffle at High Desert Harley-Davidson in Meridian on Thursday.

Proceeds from the event went to the USS Idaho Scholarship endowment for families and crew members of the USS Idaho.

Patricia took a photo with Nible to send to her husband.

“I was just feeling lucky and I wanted to support the cause,” Nible said. “I already won one (a Harley-Davidson) earlier this year.”

The win was “exciting” and left him in disbelief, Nible said. 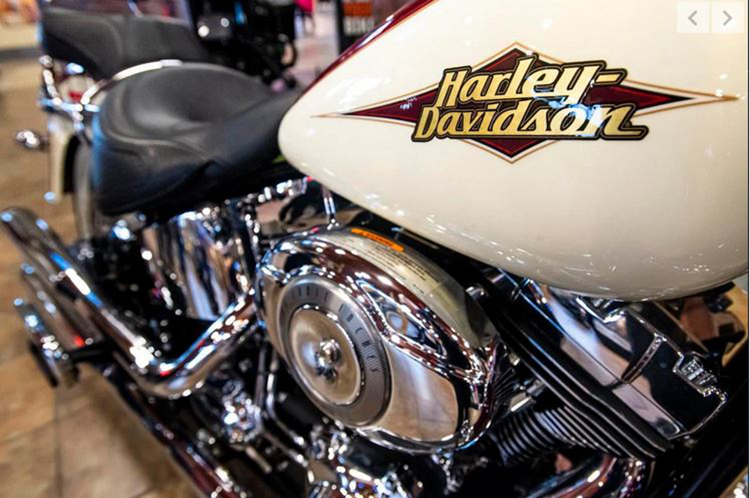 Veterans Day is a chance to support and acknowledge veterans, he added.

Richard Colburn, chairman of the USS Idaho Commissioning Foundation, oversees statewide events, including fundraising. He served in the Navy as a submarine officer for 31 years, 23 reserve and eight active.

“It’s our day,” Colburn said. “One of our goals here is to have the USS Idaho represent the service and sacrifice of all veterans throughout the state of Idaho. One of the reasons we wanted to do this on Veterans Day is to just raise awareness.”

Colburn is one of the lucky ones, he said. He came back from his service.

“There are so many of our comrades that made the ultimate sacrifice,” Colburn said. “Today is about remembering that.”

Idaho has a rich Navy history, he added.

The results of the drawing must have been a relief to Terry Kindelberger, an Idaho National Guard veteran who bought a ticket to support the cause but not to win the motorcycle.

Kindelberger’s father fought in World War II and Korea and his brother was in Vietnam. He has a son and daughter in the air guard. Veterans Day is family thing for him. 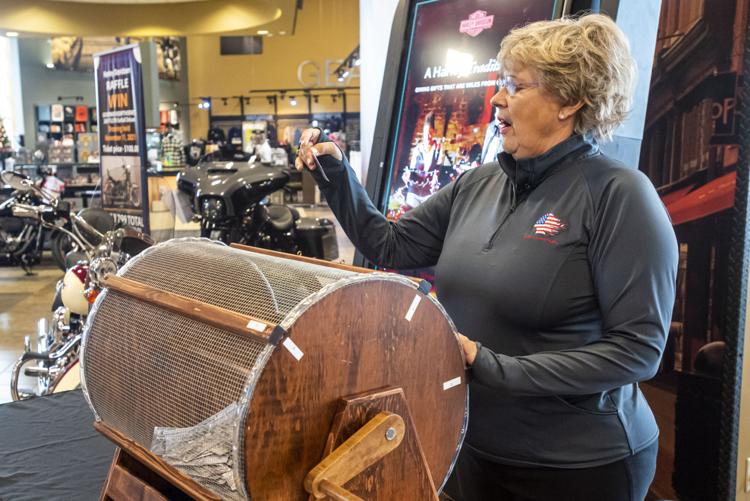 “This has been a really important project for my husband,” Patricia said, as “Sweet Home Alabama” played in the background. “We support veterans ... It’s really important that we have a Veterans Day and that we all remember and recognize. This is a very small way that we can do that.” 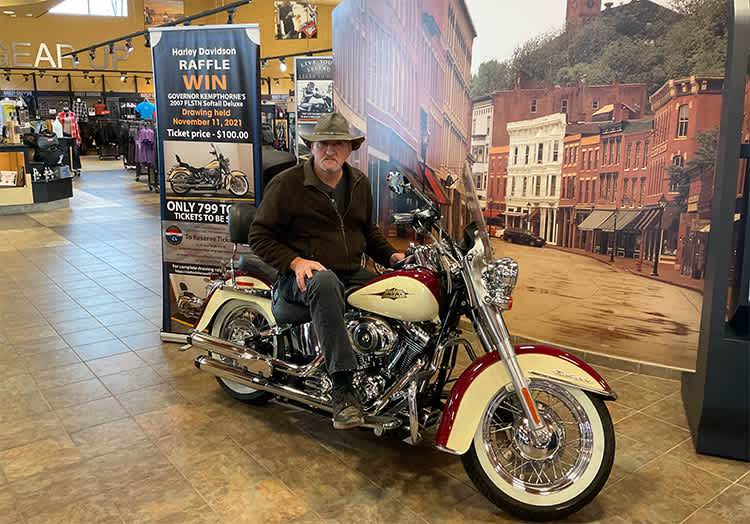