Collecting water for the christening of the future USS IDAHO submarine

MCCALL, Idaho — The U.S.S. Idaho is expected to be christened in the fall of 2023, christening is a time honored Navy tradition which marks the beginning of a ships life.

The nuclear submarine that is part of the Virginia Class continues to be built, but in the mean time the Idaho Commissioning Committee has something special planned for the christening ceremony.

Terry Stackley has the honor of being the ship's sponsor which means she will have the opportunity to christen the submarine once it's finished.

'It’s very humbling, I can’t tell you what an honor it is," said Stackley. "I get to actually swing the bottle over the bow of the boat and christen it."

Normally the ceremony includes a bottle of champaigne, but instead they will fill up a bottle with water from four different lakes.

"So the first water to bless the bow of the U.S.S Idaho will be the waters from Idaho," said former governor Dirk Kempthorne of the Idaho Commissioning Committee.

This committee has brought sailors from the future U.S.S Idaho to the Gem State five times in the past year and each time they have experienced a warm welcome whether they are visiting schools, an American Legion Hall or events like the McCall Winter Carnival.

"These crew members know that when they fly that flag of Idaho aboard the Virginia class submarine they are representing a magnificent state of great citizens that support them," said Kempthorne.

The christening bottle will feature water from Payette Lake where we were today, Red Fish Lake, Henrys Lake in eastern Idaho and Lake Pend Oreile up by Couer d'Alene giving Stackley a chance to visit the different regions of Idaho.

"I’m not originally from Idaho so the Commissioning Committee just wanted me to see how beautiful their state is and it is, it is just gorgeous," said Stackley. "I'm having a wonderful time."

Stackley and the crew immediately left McCall after gathering water as they make their way over to Red Fish Lake and down to Sun Valley.

There is a large reception planned for Wednesday night at 6:00 p.m. at the American Legion. 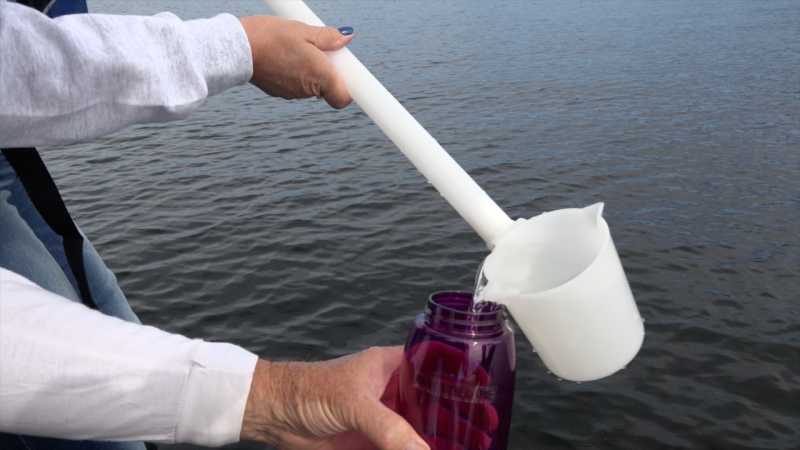